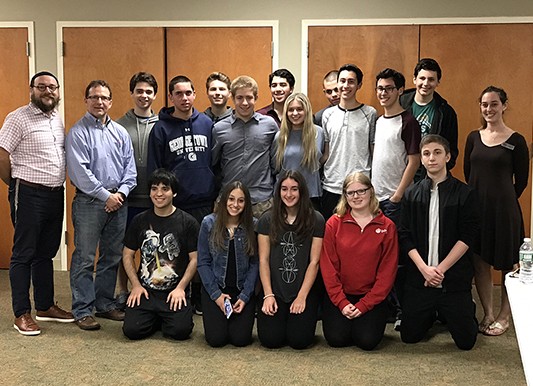 By the Numbers: Federation's Impact in Rockland County

Image: JCC Rockland's Teen Leadership Initiative (TLI) participants. The TLI program is made possible by a grant from Federation.

Through grants to local partner agencies – JCC Rockland, Rockland Jewish Family Service (RJFS), the Holocaust Museum and Hillel of Rockland – Federation has touched the lives of thousands in our community. In the past 12 months alone...

Federation’s 2016-2017 grants also supported JCC Rockland’s Early Childhood Center, senior programs and Maccabi games, as well as Hillel of Rockland’s Birthright Alumni programs and many other RJFS services not mentioned above! We thank our donors for their continued generosity which enables Federation to impact so many people in Rockland’s Jewish community.