You are invited to Federation's Annual Campaign 2016 Launch and Awards Brunch!

A life member of Hadassah, Lois Silverman has served on the Jewish Federation of Rockland County’s Board of Directors, the Board of Directors of Temple Beth Sholom, Dellwood Country Club Board of Directors, and the PTA Board at Reuben Gittelman Hebrew Day School where she also served as “Challah Lady.” Lois was instrumental in bringing Play for Pink to Paramount Country Club and is currently involved in fundraising for the Breast Cancer Research Foundation. Lois and Bob serve on Federation’s Lily Steuer ATID Missions committee, and Lois has worn her Federation Lion of Judah pin with pride since 1987.

After 33 years of involvement with Federation, Bob Silverman still serves on the Executive Board and is the 2016 Campaign Chair. He has also served on the JCC Board and the Jewish Community Campus Board. Bob is a past President of Federation, has served as Chair for Operation Moses (the rescue of Ethiopian Jews), co-Chair of Operation Exodus (the rescue of Jews from the former Soviet Union), was involved in Operation Solomon and has served as Federation Executive Director pro bono. Lois and Bob have led many missions to Israel, introducing people to the country and the work of Federation. Bob is the President of Bylada Foods and Macabee Foods and is a partner in KS Property. He and Lois are proud parents and grandparents residing in New City, NY.

LEADERSHIP AWARD: Max Kaufman, a development director at a private equity real estate firm, joined the board of the Jewish Federation of Rockland County in 2012. He currently sits on the Executive Committee and chairs the PJ Library and Outreach Committee where he has been responsible for increasing the reach of Jewish books and music throughout the county to over 500 children. In addition to his work with Federation, Max is involved with his children's Jewish day school and is passionate about making day school education affordable for all. He has been nominated and accepted to the Young Leadership Cabinet of the Jewish Federations of North America where he will begin his term in 2016. Max and his wife of nine years, Rebecca, live with their five children in New City, NY.

CORPORATE IMPACT AWARD: Headquartered in Cherry Hill, New Jersey, TD Bank is one of the 10 largest banks in the U.S., providing more than 8 million customers with a range of retail, small business and commercial banking products and services. The mission of the TD Charitable Foundation (the charitable giving arm of TD Bank) is to serve the individuals, families and businesses in all the communities where TD Bank operates, having made more than $138.8 million in charitable donations since its inception in 2002. TD Bank is committed to serving its communities and creating a socially-responsible framework for the bank’s activities by working in concert with local neighborhoods and non-profit partners. The bank’s service programs, volunteerism and charitable giving demonstrate a high level of employee involvement, commitment at the top and dedication to serving people in need. More information on the TD Charitable Foundation, including an online grant application, is available at www.TDBank.com. 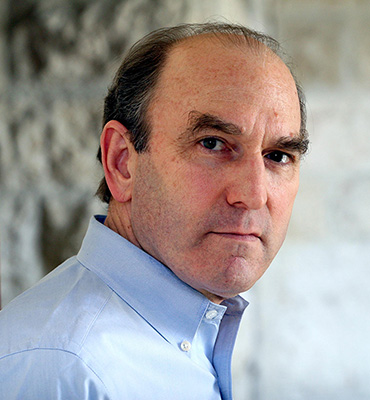 He is currently a senior fellow for Middle Eastern studies at the Council on Foreign Relations. Additionally, Abrams holds positions on the Committee for Peace and Security in the Gulf (CPSG), Center for Security Policy and the National Security Advisory Council, Committee for a Free Lebanon, and the Project for the New American Century. Abrams is a current member of the U. S. Holocaust Memorial Council, teaches foreign policy at Georgetown University and writes a CFR blog called “Pressure Points” about U. S. foreign policy and human rights.