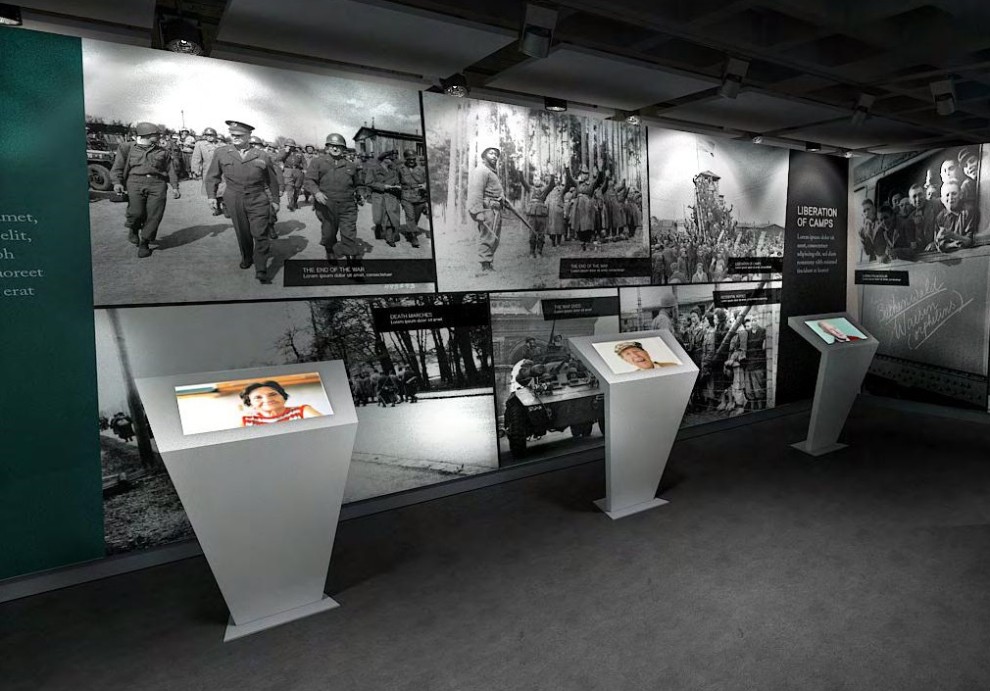 On the campus of Rockland Community College in Suffern, The Holocaust Museum & Center for Tolerance and Education will reveal seven new interactive exhibits at a grand opening planned for some time in October.

Discussions about the new galleries began some years ago, and formal plans for the new space – which includes not only seven galleries but offices and storage areas – were finalized last summer. The “revitalized” Holocaust center is an amazing achievement of the Museum staff and board, led by co-Presidents Paul Galan and Jeff Weinberger.

Paul Galan, Holocaust survivor and retired filmmaker, got involved with the Museum approximately 13 years ago. Says Galan, “The museum started as a commemorative entity back in the 80s, and was a treasure trove of artifacts. The new exhibits allow us to move from a commemorative entity to an educational entity.”

Museum visitors will be able to interact with the new exhibits through an app on their smartphones. The galleries will feature powerful videos of survivors telling their personal stories, and the new space includes a theater as well.

The emphasis on new technology, says Galan, is to make the facility more appealing to young people and to attract more schools and youth groups. “The future of the world depends on young people, and it’s important that they learn what happened during the Shoah so they can make sure it never happens again,” says Galan.

Through the generosity of Federation donors, the Jewish Federation & Foundation of Rockland County recently awarded over $25,000 to the Museum to further their educational goals. The grant will help the Museum develop programming centered on teaching tolerance, moral courage and pluralism as well as combating anti-Semitism.

Galan says it’s important to look at lessons from the Holocaust and put them into the context of what is happening in the world. “The dissemination of hate and intolerance has gained tremendous force all around the globe. The new exhibits will give school children vivid evidence of what hate can do.