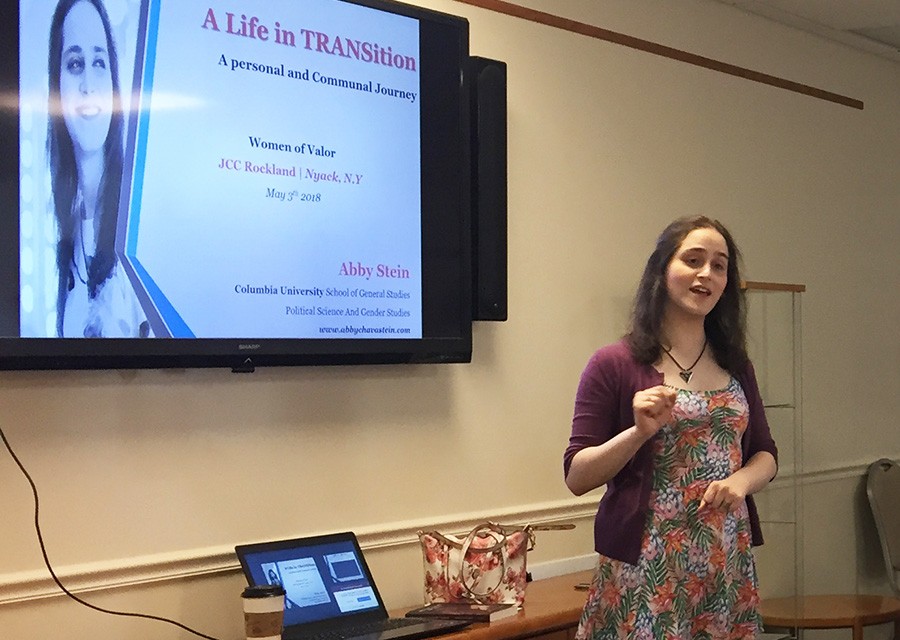 Federation adult education instructor Leslie Goldress secured an exciting and inspirational guest speaker for her “Women of Valor” class on May 3. Abby Stein is a Jewish educator, writer, speaker, and activist who was born and raised as a boy in a Hasidic family of rabbinic descent in Brooklyn. (Abby is the tenth generation of the Baal Shem Tov, the founder of Hasidic Judaism.) In that world Abby attended Yeshiva, completing a rabbinical degree in 2011. In 2012, she left the Hasidic world to explore different world views. In 2015 Abby came out as a woman of transgender experience. Since coming out, she has been working to raise support and awareness for trans rights and those leaving Ultra-Orthodoxy.

Abby’s story has been covered in the New York Times, New York Magazine, Jewish Daily Forward, NBC, Vogue, InStyle, and more, and she has made live appearances on CNN, Fox News, and ShowTime, as well as internationally. In 2016 Abby was named by The Jewish Week as one of the “36 Under 36” young Jews who are affecting change in the world. She is currently studying gender studies and political science at Columbia University. 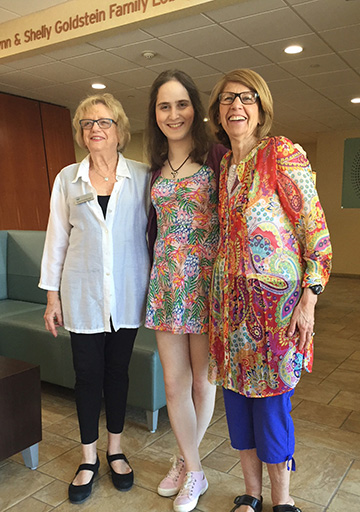 The classroom in the Jewish Community Campus was packed with adult education students who heard Abby’s incredible story. A vivacious, articulate and engaging speaker, Abby answered as many questions as she could in the time allotted. When asked how the Hasidic community felt about her “coming out,” Abby replied, “They don’t dislike my lifestyle because to them, it simply doesn’t exist. When they end up hating me, I’ll know I’m making an impact.”