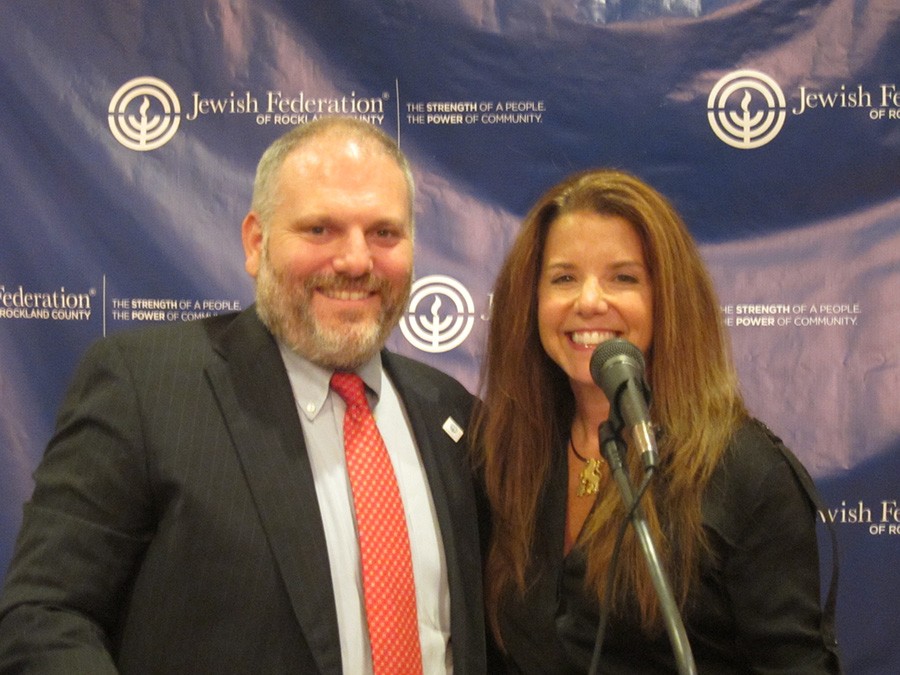 William Daroff, SVP for Public Policy and Director of the DC office of the Jewish Federations of North America, was the guest speaker at Rockland Federation’s Annual Meeting on June 9.

Daroff spoke about a number of initiatives and policies that his office is moving forward in our nation’s capital, such as increased support and funding for Holocaust Survivors and for children with Autism.  According to Daroff, many families with children on the Autism spectrum are relying on their local JFS for help – so many, in fact, that Daroff described the situation as “epidemic.”  Currently, Daroff’s office is lobbying for government funds to conduct additional research into the rise of autism cases nationwide.

JFNA’s Washington office is also “leading the fight” to stop limitations on the tax deductibility of charitable contributions, and is constantly working to maintain a strong U.S.-Israel relationship. While he is making strides on some fronts, Daroff says the “do-nothing congress” is hindering progress in other areas, which he hopes will change after the November elections.

Above photo: JFNA's William Daroff with Andrea Weinberger, President of the Jewish Federation of Rockland, at Rockland Federation's Annual Meeting.