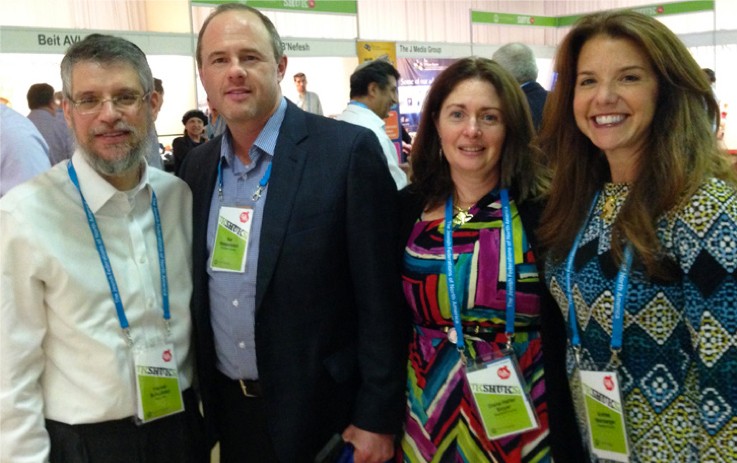 Welcome to the Global Jewish Shuk, a Marketplace of Dialogue and Debate was the theme for the Jewish Federation of North America’s 82nd Annual General Assembly, held November 10-12 in Jerusalem. The GA always provides an essential forum for debate amongst Jewish leadership on issues that allow us to survive morally, spiritually and economically, focusing on two futures: the future of Israel and its relationship with the Diaspora, and the future of North American Jewry which has become a heavily discussed topic since the publication of the Pew Research Center Survey of U. S. Jews.

I was honored to represent the Jewish Federation of Rockland along with two of our presidents, Andrea Weinberger and Nat Wasserstein, at this year’s GA. As is customary with most GAs, meetings begin before the convention starts with President and Executive meetings, at which we discussed important take-a-ways from the Pew Survey, complied by JFNA research staff along with demographer Steven M. Cohen. The full Pew report should be read by everyone and it can be found online at www.pewforum.org.

Some startling statistics lead to a passionate discussion by this committed group of leaders. While the U. S. Jewish population hovers around 6.7 million, we make up 2.2% of the U. S. population and this number has been declining steadily for more than 50 years. But for the 6.7 million of us here: how and why do we engage, what are our connections and attitudes, organizational affiliations and how do these vary by generation?

The report was published and every major Jewish thinker and everyday people have written articles, posted their thoughts on Facebook and tweeted about it, but how can we make a difference? The Federation movement is at the forefront of the discussion and implementing and funding programs to reverse these trends and meet the next generation of Jews where they are. Here in Rockland we are doing our part by sending kids on Birthright trips to Israel, sending free Jewish books through our PJ Library program and by launching the Rockland Jewish Initiative to support and strengthen our synagogues.

A report on this year’s GA would not be complete without mentioning Prime Minister Netanyahu’s opening night speech, which contained a strong message loud and clear: No Nuclear Iran! In response, at our delegate assembly meeting on November 12th, there was a discussion of the issue of ongoing negotiations involving the U.S., Canada, the P5+1 nations and Iran regarding Iran’s nuclear weapons program. Following the GA, the JFNA Executive Committee set forth the following:

WHEREAS, since the 2000 General Assembly, the Jewish Federations of North America have issued a series of resolutions speaking out against Iran developing nuclear weapons; and

WHEREAS, a nuclear armed Iran is unacceptable to the United States, as reflected in U.S. government policy, to Israel, to Canada, and indeed the entire world; and

WHEREAS, the U.S., and the P5+1 countries are engaged in discussions with Iran regarding the future of its nuclear program; and

WHEREAS, at a meeting of the Board of Trustees and Delegate Assembly of the Jewish Federations of North America, Inc. of November 12, 2013, the Delegate Assembly authorized the Executive Committee to pass a resolution in support of dismantling Iran’s nuclear weapons program.

NOW, THEREFORE, IT IS HEREBY RESOLVED, that the Jewish Federations of North America urges the United States, Canada, and the P5+1 nations to insist that any diplomatic solution results in the complete dismantling of Iran’s capability of producing nuclear weapons and ensures mechanisms for ongoing verification of Iranian compliance.

The Jewish Federation of Rockland, along with 152 other Federation in North America, are proud of our global mission and the impact we have on these issues and so many more. Together with your volunteer efforts and financial support, we can and will continue to make a difference.