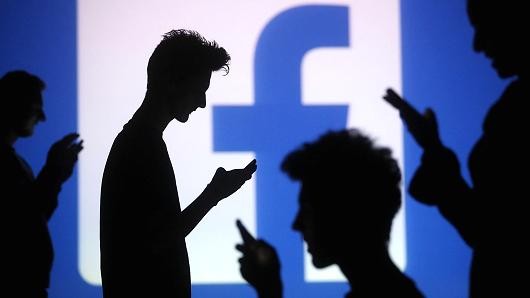 Facebook – which at its inception was a website for sharing photos and keeping in touch with friends – has become a leading online news destination and a major force for societal change. Facebook users (some 1.9 billion of them) can utilize the platform to engage with causes that matter to them and to express feelings of support or displeasure about anything, from a local restaurant to current events.

Rockland Federation communicates regularly with its nearly 2,100 followers on Facebook. Increasingly, Federation has felt it necessary to share both good news and bad, through Facebook and other social media channels. There have been scores of anti-Semitic attacks in the news this year and through our Facebook page, Federation has publicly condemned the incidences of hate and bigotry.

A string of bomb threats called in to JCCs across the U.S. made the news in the February-March timeframe. In May, word spread about a home for sale in Haverstraw that was vandalized with “No Jews” painted on the walls. And earlier this month, High Tor State Park was defaced with swastikas painted on rocks. It was Federation’s response to publicly condemn these anti-Semitic acts, which drew an overwhelming amount of support on Facebook. 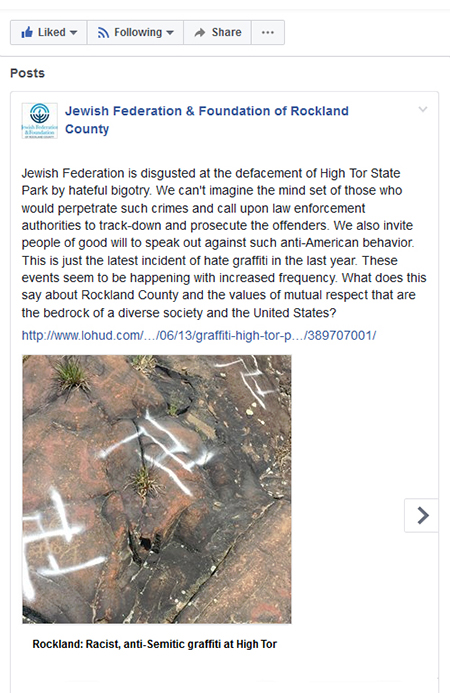 Tens of thousands of Facebook users – those who follow Federation and others who wanted to be heard – posted comments that aligned with Federation’s statements. Some, however, thought that by publicly commenting on the intolerant acts, we were giving the perpetrators what they wanted: attention.

Federation’s Gary Siepser believes that by sharing news of anti-Semitic attacks on social media, it does much more good than harm. “When enough people speak out against such abhorrent behavior, authorities have to take notice and attempt to bring the criminals to justice.”

Learn more and join the conversation on our Facebook page: www.facebook.com/JewishFederationRC