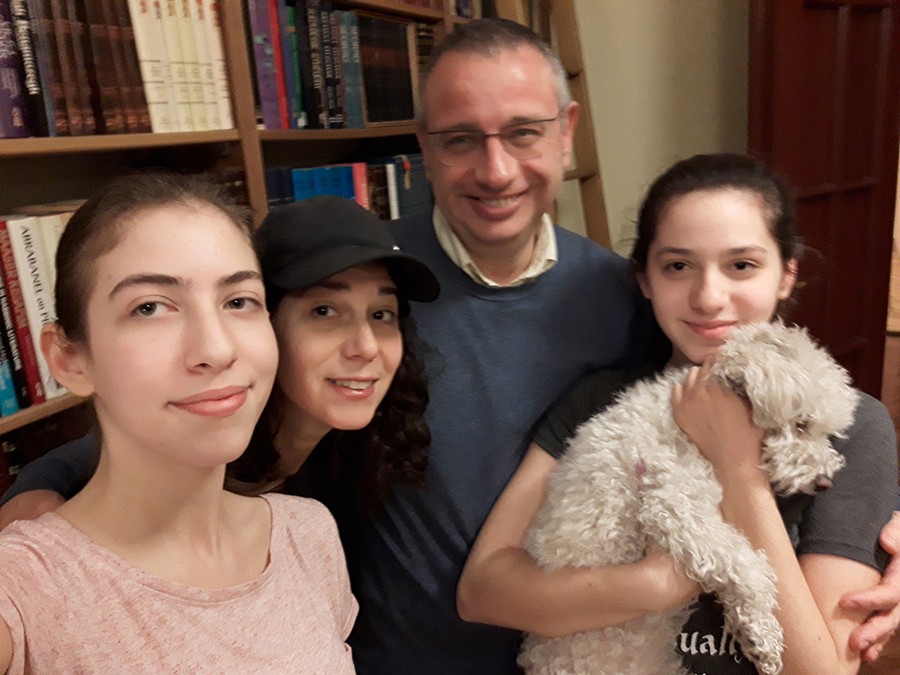 Rachel Chanin, a former JDC Service Corps volunteer from Pennsylvania, was the guest speaker at a recent Jewish Federation & Foundation of Rockland County dinner for Lion of Judah and Pomegranate Society Women. The JDC (American Jewish Joint Distribution Committee) is Federation’s overseas partner, working in Serbia and in 60+ other countries to alleviate hunger and hardship, rescue Jews in danger and create lasting connections to Jewish life.

Rachel captivated dinner party attendees at the home of Orli Irgang with her story of Jewish life in Serbia, where she and husband Rabbi Isak Asiel (Chief Rabbi of Serbia) are working – with help from the JDC – to keep Belgrade’s tiny Jewish community thriving.

Prior to starting her JDC volunteer work in Belgrade, Rachel met her husband in Israel where he was studying. They married a few years later, right before the NATO bombing of Yugoslavia in 1999. As Serbia was part of Yugoslavia, Rachel’s husband was called to serve in the military. The JDC organized an evacuation to Hungary of Jews who wished to leave, but Rachel remained behind. “I spent all my time with an older woman who also didn’t leave. I had no choice but to learn Serbian from her,” Rachel said.

When the military discovered Rabbi Asiel’s identity, they allowed him to leave the army to continue his work as a spiritual leader. Rachel and her husband hosted Shabbat dinners which grew in size as the bombings ended and the community rebuilt itself. But according to Rachel, “it was the JDC that helped us all survive. Without the JDC, there would be no Jewish community in Serbia.”

The JDC provided a Torah and other religious items that Rabbi Asiel needed for services. Over the years the JDC has provided a myriad of other programs for Jews in the country. “They send kids to camps and send rabbis to training. And they help the elderly with meals, health services and keeping active,” said Rachel.

The JDC also found a private donor who enabled Rachel and a friend to start KEC, a nonprofit that improves lives of people with special needs in Serbia. “We now have a beautiful center for our special needs programs that includes a bright and open dance studio,” said Rachel. KEC finds employment opportunities for Serbia’s special needs population as well.

Rachel’s talk at the women’s philanthropy dinner was followed by an announcement from CEO Gary Siepser, who revealed that Nancy Spielberg would be the keynote speaker at Federation’s Annual Women’s Philanthropy Gala Click here for details.

Federation’s overseas programs are made possible by donors like you!