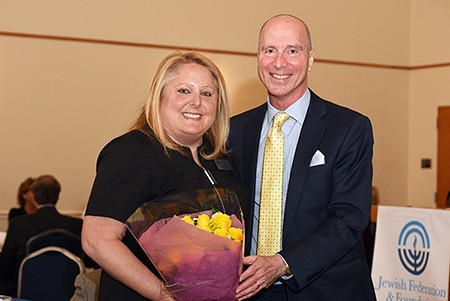 Rockland Federation is uniquely different from other organizations in that its focus is the entire Rockland community. Not dues-paying members. Not a group of donors. Federation connects with the entire community. With that singular role in mind, let me tell you about a few things that were accomplished over the past 12 months.

Federation continued to build on Community Weaving along with the branding of RocklANDJewish. Scores of community members shared their Jewish stories online which were read over 5,000 times in just the last 28 days. RocklANDJewish shapes people’s perceptions about this Jewish community and is an incredible platform for building a more vibrant community.

Through Community Weaving, all of the Rockland Board of Rabbis congregations and four agencies created an Israel celebration on April 15 with about a thousand attendees. And on June 3, 148 participants from Rockland proudly marched down New York’s Fifth Avenue in the Celebrate Israel Parade. Only Federation can unite the community with these types of events.

Federation holds the responsibility of fighting intolerance and anti-Semitism here in Rockland County. Significant time and resources have been invested in this battle. Many thanks to Steve Gold and all of the Community Relations Council members for being in this fight.

This year we expanded our reach into parts of the community that Federation historically has not connected with. We are now at the beginning of conversations with organizations based in Monsey. In the coming year we hope to expand that dialogue and build a bigger and more diverse Rockland Jewish community.

One of the critical shared challenges that was identified through Community Weaving was the relative paucity of endowment funds held by agencies and congregations. In the past few months, a new planned giving initiative was launched. Many congregations and agencies have already committed to be part of the effort. Why is this initiative so critical? Federation was only able to underwrite critical security grant preparation because generous donors with foresight made gifts during their lives or through estate planning to Federation’s endowment.

Planned giving does not reduce the need for successful annual fundraising by Federation. This is a very challenging time for fundraising. Federation could have no better annual campaign leader than Bob Silverman. On behalf of Federation’s Board of Directors, I thank Bob for his leadership and unceasing efforts.

Finally, I would like to extend a very big thank you to Lisa Green who is transitioning from being solo President to Co-President with Stephen Cohn. Lisa has been an amazing partner and true believer in the work of community building and the bright future of Israel and the Jewish people. I am confident that, working together over the next year, Lisa and Steve will continue to make a real difference in Rockland.