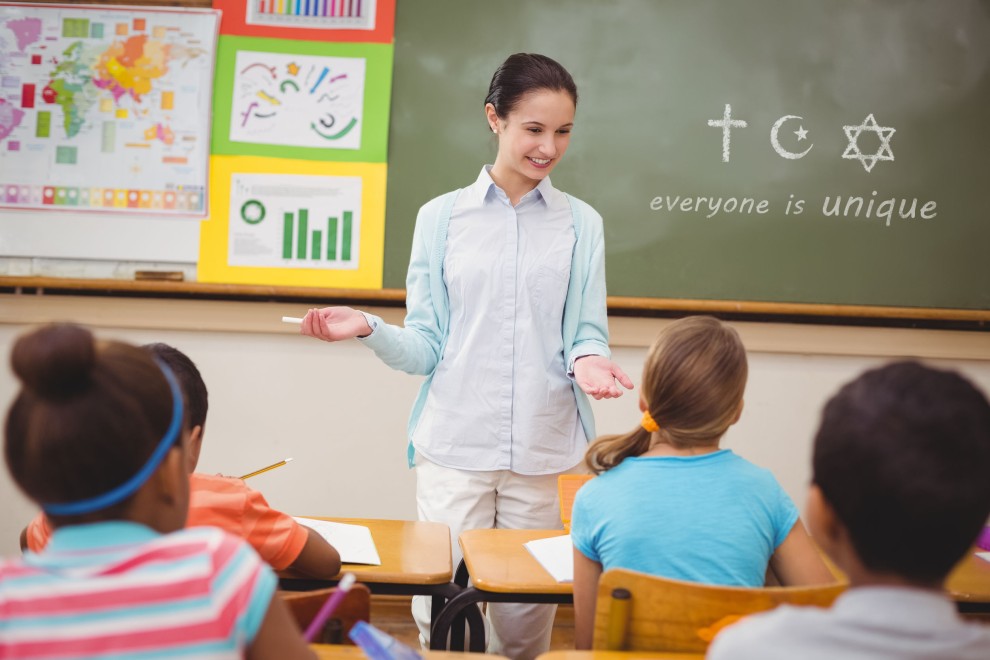 On a warm day in early November, superintendents from Rockland County school districts gathered in a first-of-its-kind meeting at the Clarkstown Town Hall. They met with local government representatives, Federation board and staff members, and leaders from the Holocaust Museum & Center for Tolerance and Education, to discuss the critical problem of intolerance in the Rockland community.

Assemblyman Ken Zebrowski told those gathered around the table that it was time to meet and collaborate, to make sure Rockland was doing its best to educate and prevent acts of intolerance and anti-Semitism, particularly in Rockland’s school communities. For Steve Gold, Federation’s Community Relations Council Chair, the issue is personal. “My parents were Holocaust survivors. Ten years from now, how many survivors will be here to tell their stories? Lessons from the Holocaust are teaching tools, but in a decade, will anyone know what the Holocaust was?”

The superintendents spoke in turn about the programs and policies in place in their districts that address intolerance and hate. Many mentioned zero tolerance, “No Place for Hate” and OLWEUS (bullying prevention) programs, with Superintendent Mark McNeill of the Nanuet Free School District adding, “We would do whatever it takes to address incidents of hate. Kids don’t always make smart decisions…it’s our job to stamp it out right away.”

All agreed that there has not been a noticeable uptick in anti-Semitism and acts of intolerance in schools. As explained by South Orangetown’s Superintendent Dr. Robert Pritchard, “It hasn’t gotten better or worse; I’ve seen it here all my life. But people are starting to become comfortable with it, which is particularly troubling.” North Rockland’s Assistant Superintendent Dr. Kris Felicello agreed and added, “I haven’t seen an uptick in the schools, which gives me hope, but I’m alarmed by adults’ behavior and how they communicate about issues on social media.” State Senator David Carlucci echoed Felicello’s concerns. “Even smart, decent people say horrifying things,” said Carlucci. It’s frightening how often I hear, “I’m not anti-Semitic, but what are you doing about the Hasidics?”

A critical need, acknowledged by all present, is education for teachers along with tools teachers can use to prevent acts of hate and bias. According to Nyack Superintendent Dr. James Montesano, “Teachers are often told to refrain from sensitive topics, so its important to help them know the appropriate ways to teach things. For example, roll-playing is not the right way to teach kids about slavery. The key here is how to train our educators to teach the right way.”

Tolerance education for teachers was important to all present at the meeting. Andrea Winograd, Executive Director of the Holocaust Museum & Center for Tolerance and Education said that her organization has seen increased demand to educate teachers. In describing the Holocaust Museum’s role in the community Winograd stated, “We’re often called in after the fact, to address a specific act of anti-Semitism, but we want to teach before it happens. We’re meeting with all of you today to ‘get in’ beforehand, so your teachers have the tools.” According to Winograd, the Holocaust Center has 14 different professional development programs and can develop custom program as well.

The Jewish Federation & Foundation of Rockland County provides Compelling Needs® grants to the Holocaust Museum, to further their tolerance education programs. CEO Gary Siepser told the superintendents that “Federation wants the schools and teachers to have the tools to do the best possible job with this. That’s why Federation helps to make these programs available.”