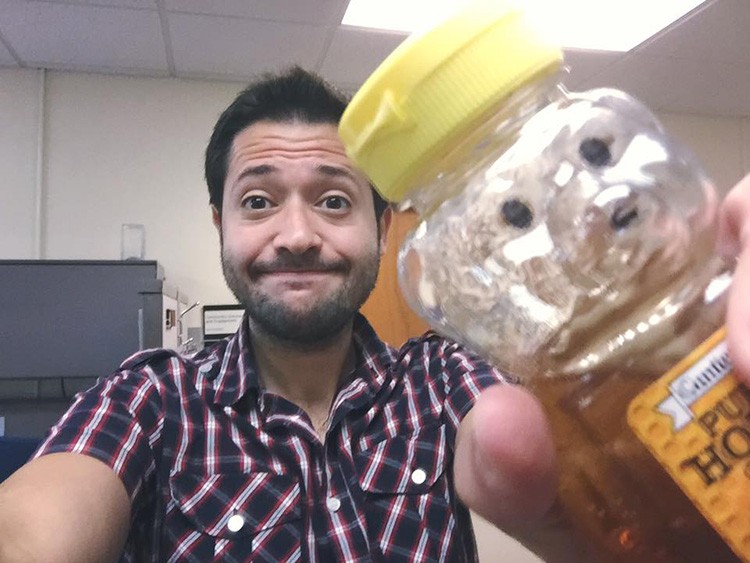 Hi all! I'm back in town and ready to start my second year of Shlichut!

I came back a month ago after a long summer away. I spent most of my summer at camp in Wisconsin, and it was amazing to see all my friends and campers after a long time. I was “Rosh Radio,” the head of the radio station at camp, which gave me an opportunity to push some projects I wanted to do in the years before. For example, on the anniversary of Operation Protective Edge I had a special show – a panel with four Israelis, including me, sharing their war experiences through their own eyes…being there on the front, or being overseas, speaking about their families and friends, and dedicating it to friends they used to know who got killed.

Another activity I’d like to share happened towards the end of camp. As someone who experienced how it feels to be away from home for so long, I felt I needed to do something for my Shlichim friends because toward the end of camp, they were all exhausted and missed their families. So I gathered everyone for lunch at the “staff club” one Friday at noon and played a radio greeting from their family members and friends for an hour. It was really emotional, and more important, served the goal.

Then, I went back home finally! Reaching Israel after so long was so joyful, though it took me a few days to get used to the Israeli vibe, and of course, the weather. Some small things that became my routine changed, like I had to remember how to drive in Israel – so different from Rockland! Seeing my family was the best part, and having the chance to see and talk with my grandparents. They shared some warm-hearted words with me, which redirected me and reminded me of my reasons for wanting to be a Shlichut in America. Nothing compares to the feeling of knowing your grandparents are proud of you.

Finally, I came back to Rockland, a few weeks before the High Holidays. When I landed I was really excited, but unlike last year (when the excitement was part of the fear of a new beginning), this year the excitement was missing everyone, and being eager to just work already! When I think about the High Holidays last year, I just can't believe how much I accomplished in one year, how much I grew as a person and how comfortable I'm feeling now, feeling at home, feeling part of this community. I would like to take this opportunity to thank the different synagogues and families who hosted me during the last month.