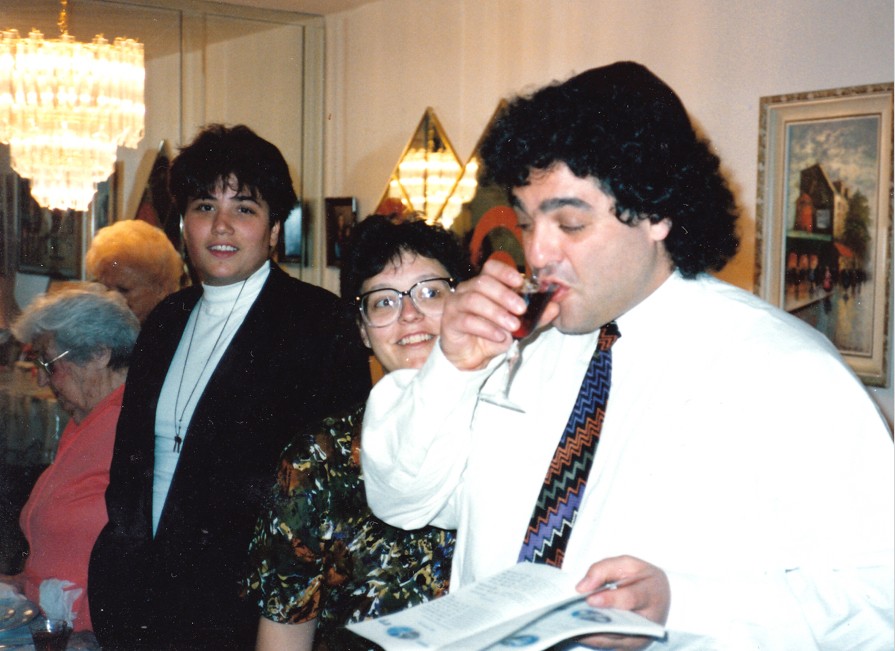 My family considered Passover a treasure. It meant more than a holiday observance of Jewish tradition, it represented a celebration of Jewish life.

I grew up in South Fallsburg, NY with extended family fondly known throughout Sullivan County as the Gold and Rados household. My parents, Ruthie and Manny Gold, and my Aunt Gussie and Uncle Morris Rados survived the Holocaust. They had endured the horrors of Auschwitz and had lived to begin a new life in America.

Every Jewish holiday was important - the prayers, food, tradition - because for years they couldn’t observe them as they were in concentration camps. The move here meant they could practice Judaism as their families had in Poland. That meant sharing Passover with as many people as possible.

Our household transformed as Passover approached. I remember a week before the first Seder, the house became strictly kosher for Passover. We all had jobs.

My brother, Sammy; sister, Esther; cousins Barbara, Helen, Sheila, and I put plywood over the tables and counters while my mother and aunt thoroughly cleaned the oven and kitchen. Any bread was removed from the house. We packed up the year-round dishes, silverware, and glasses and brought out the ones reserved for Passover. Each year, Uncle Morris and I went to the liquor store to buy the kosher wine.

Everyone helped move the living room furniture into other parts of the house to make space for enough tables and chairs to seat the 40 or more family members and friends, who would join us for the first and second night Seders.

My mother and aunt made all the food for Passover from scratch. One of our bathtubs was filled with live carp that was used to make sweet and regular gefilte fish. The other tub held horseradish to be chopped and prepared as sweet, regular and hot varieties. I was fascinated by the aromas of kosher for Passover bagels, noodles and cakes and watching how chopped liver and haroset were made in our kitchen. The cooking and baking was non-stop. As kids, all the activity was doubly exciting because it also meant school vacation.

From when we were very young, Sammy and I knew it was the first Seder night because we got our “Passover haircuts.”  When we got home from the barber shop, our mother always had a special meal of scrambled eggs with onions ready for us. Passover had officially begun.

My parents took the Seders seriously; we started at 7 p.m. and finished at midnight. My father led the whole service, reading every word in Hebrew. He made sure the kids paid attention and would stop unexpectedly and ask us what page we were on.

Our Seders were well known in the community and it was considered an honor to be a guest. While our family came for both Seders, my parents also invited members of the community. Sometimes it was our teachers in hopes of us getting better grades, other years it was the local police chief, judges or politicians. My brother, sister, cousins and I were encouraged to bring different friends each night.

We observed Passover this way for years in South Fallsburg and when my parents moved to Florida. Our extended family traveled there for Passover; it was expected we would all attend.

It’s a holiday I really miss celebrating with my parents. We did everything to the book.

My wife, Helene, and I continue many of the traditions with the emphasis on family. Any Chemetz is removed from the house or burned. We host the first Seder and her family joins us. I prepare the gefilte fish and brisket from scratch, although we don’t keep carp in the bathtub. Esther makes the haroset and our cousins bake following their mother’s traditional recipes. My cousin Helen hosts the second night Seder in Monticello.

I follow what my father did and lead both Seders. My sister reads the four questions in Yiddish to our father’s photo, which is on the table.  We use our parents’ Matzah covers, Seder plate, Kiddush cup, and candelabra. Wine is poured into Elijah’s cup and we open the front door.

As a second-generation Holocaust survivor, I think it’s important for our sons and daughters to know and value our religious traditions.  Observing the first and second night Seders make Passover more than just another family dinner.

My parents’ commitment to and love of Judaism motivated me to become active with the Jewish Federation & Foundation of Rockland County. Federation does critical work providing grants for Holocaust survivors, teaching the lessons of the Holocaust and combating anti-Semitism. It works to improve the lives of Jews here in Rockland County and beyond. Federation turns positive thoughts into action and that’s something we should all be part of. Please consider supporting Federation with a Passover gift this year. You can donate online here.