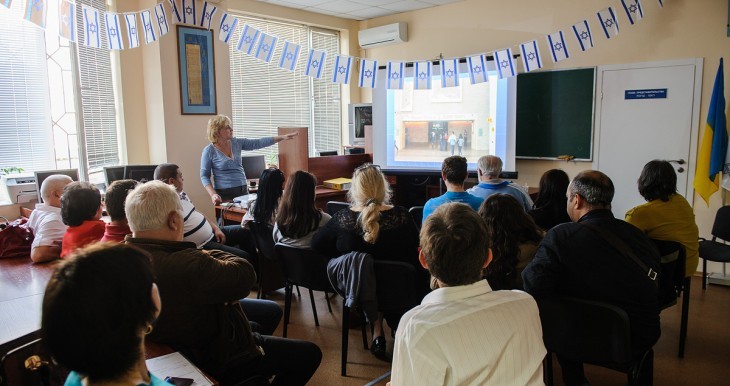 As the sun floods through my office window, I am happily distracted by the students of the Rockland Jewish Academy having a field day in celebration of Lag B’Omer. Our Jewish calendar is packed between Pesach and Shavout and so too has been the campaign and event calendar here at the Jewish Federation of Rockland County.

On May 5th we had the privilege of hosting Noam Shalit, father of Israeli soldier Gilad Shalit who at the age of 18 was abducted by Hamas and held captive for 5 years. Noam spoke to our community as part of our Yom HaZikaron commemoration –remembering and paying tribute to the fallen soldiers of the Israel Defense Forces and victims of terror. Behind the scenes putting together this moving program was Timna Mekaiten, the Jewish Federation of Rockland’s community Shlicha.

Our solemn commemoration turned to joy as the sun set and we transitioned into the joyous celebration of Israel’s independence, Yom HaAtzmaut. The Temple Dudes added festivity to the evening. We joined together as one united community to celebrate: The Jewish Federation of Rockland along with the Board of Rabbis, RJA and the JCC. The Federation, with the support of Sharon and Uri Sasson, was honored to bring the community together in joyous celebration.

But this Israel Independence Day, my heart was less full as I was deeply worried about the future of our Jewish brothers and sisters in the Ukraine. In early May over 40 people were killed in Odessa, a beautiful city I had the pleasure of visiting two summers ago with board member Amanda Moskowitz Levin. I was proud of the cultural institutions I saw that showcase The Federations’ overseas work, like the Beit Grand Community Center, very much like our own JCC Rockland.

Odessa has seen much Jewish suffering: In 1905, Jews were killed in pogroms there, and during WWII, thousands were murdered at the hands of the Nazis. But today there is a difference. Today, there is a Jewish state to go to for refuge in dangerous times, from places of great political unrest. Not surprisingly, aliyah has tripled in recent months from the Ukraine – and quadrupled from Odessa alone.

According to the Jewish Agency, 762 Ukrainian Jews immigrated to Israel in the first quarter of 2014 — an increase of 52 percent over the average of 500 people who immigrated in the corresponding periods of 2009 to 2013. In that period, Israel saw the arrival of 1,900 immigrants on average per year from Ukraine, according to Israel’s absorption ministry.

For those who remain, most by choice, our Federation partners are there, stronger than ever. The Jewish Agency for Israel (JAFI) provides support, counseling, educational offerings and other necessary assistance. Due to great demand, they launched a 24-hour hotline and have shifted staff from other areas to cover more of the Ukraine.

The work of the Jewish Federation of Rockland, the other 152 Federations in North America and our global partners – JAFI and The American Joint Distribution Committee (JDC) – embodies strong Jewish values and traditions. It says loud and clear that we care about people, not about their politics or religious practices. It says that we will as a community address critical, often life-threatening issues. Emergency campaigns have always been successful in Rockland County. As a united community we cannot wait for the next emergency. Being proactive and engaged with our philanthropy will ensure we are able and ready to meet the increased needs of our local and global Jewish community.

By providing over 30 grants to our local agencies as well as our overseas allocations, Rockland Federation touches the lives of many. The impact of the continuing and unparalleled philanthropic success of the Annual Campaign is priceless. Millions of lives saved, cared for, reached out to and rebuilt; centuries old Jewish traditions and values preserved for future generations.

This campaign year has been tough but not without success. We have reached many new donors but there and still so many of you, committed and valued donors of the past, who we have been unable to reach.We set a lofty goal of a 20% increase and we just might achieve it, but we need YOU! By joining our list of Annual Campaign donors you are making a valued commitment to our Rockland and worldwide Jewish community. If you have not made a pledge to the 2014 campaign, there’s still time. The campaign ends June 30 but pledges made by June 30 can be paid until December. Consider putting a certain amount on a credit card as an automatic monthly charge, which saves us on costly mailings and billings. For your convenience, you can donate online or call 845-362-4200.

I thoroughly enjoyed celebrating Yom HaAtzmaut with the Rockland Jewish community last month. And I am blessed to come to a job every day where I work with wonderful lay people in a caring community with people like you! Please don’t hesitate to call me at 845-362-4200 ext. 133, if you want to learn more about the work we do or get more involved in our wonderful organization. 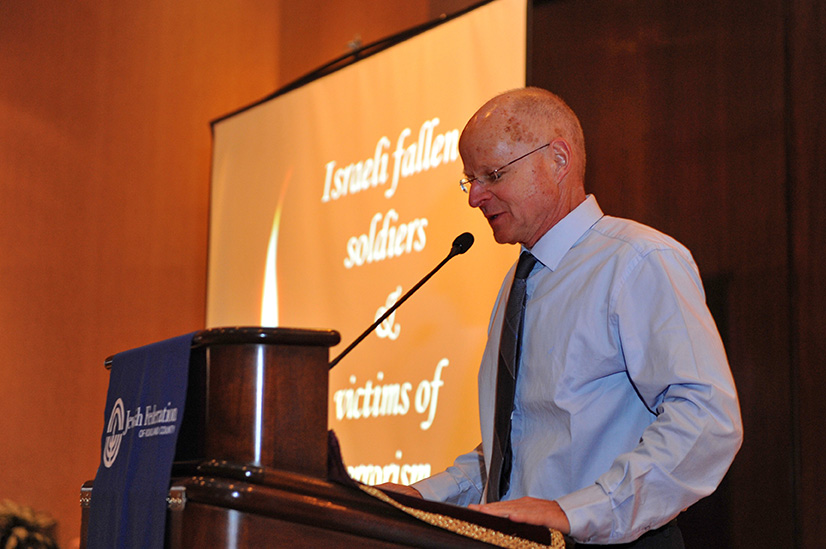