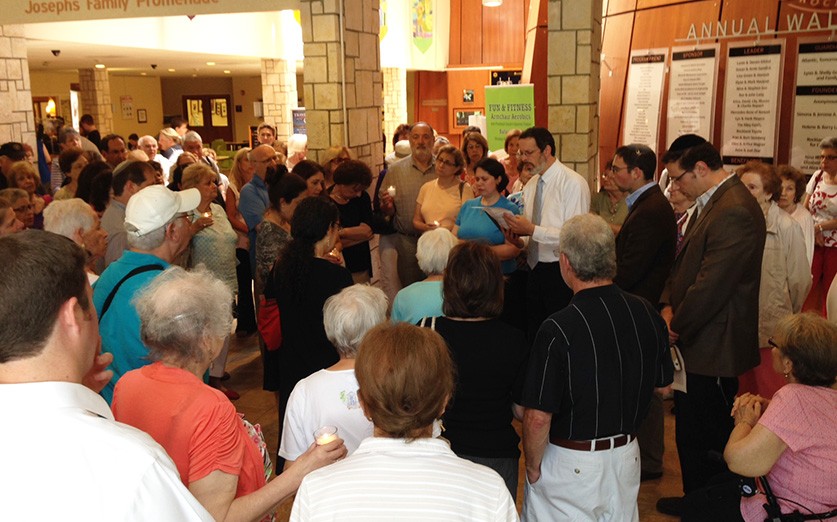 Dozens of area residents gathered at the Rockland Jewish Community Campus on July 1, to mourn the tragic loss of Naftali Frenkel, Gilad Shaar and Eyal Yifrach, the three teens who were murdered by terrorists in Israel last month. The boys disappeared on June 12 while hitchhiking home from school, and their bodies were found on June 30 in the West Bank village of Halhul.

Cantor Barry Kanarek, Director of the Rockland Jewish Initiative (RJI) led the solemn communal memorial along with cantors and rabbis from the Rockland County Board of Rabbis' synagogues.

“We wanted to gather today to express our shock and grief,” Kanarek told a News 12 reporter after the memorial. “And we want to let the families of the victims, and all of Israel know that we stand united with them.”

Two weeks prior to the Rockland memorial, a large group of area residents gathered at the Jewish Community Campus to recite psalms together, praying for the safe return of the three kidnapped Israeli teens. The prayer vigil and memorial were organized by the Jewish Federation of Rockland, JCC Rockland and the Rockland County Board of Rabbis.