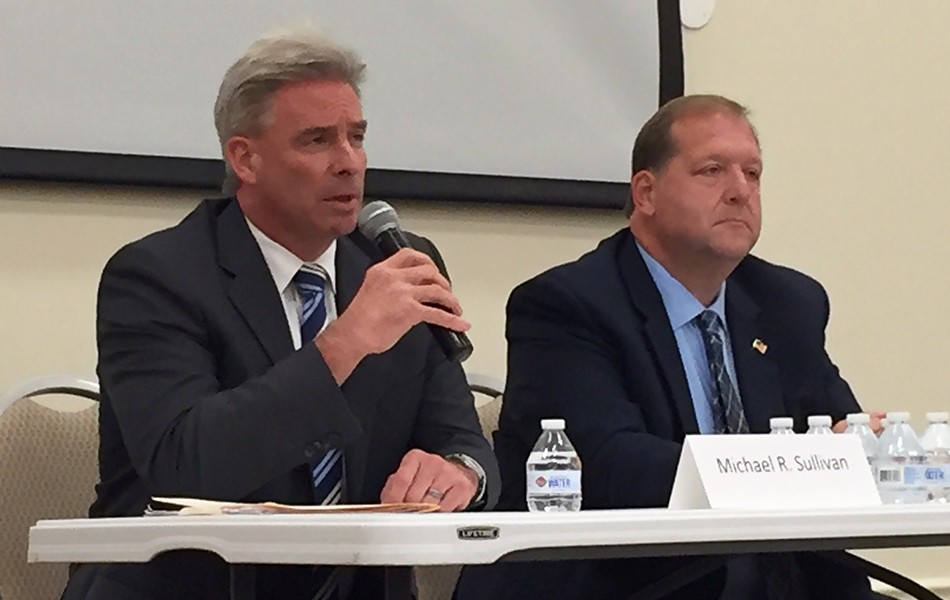 Heavy rain on Sunday did not deter 300+ Rockland residents from attending the League of Women Voters Candidates Forum at the Rockland Jewish Community Campus. The event was co-sponsored by nine local organizations, including the Jewish Federation & Foundation of Rockland County.

Incumbent County Executive Ed Day was unable to attend the Forum due to his mother’s passing the night prior, so the debate between Day and Maureen Porette could not take place. Additionally, Ramapo Town Supervisor candidate Michael Specht cancelled his appearance. Specht’s opponent, William Weber, was present at the Candidates Forum to interact with voters but the rules prohibited Weber from answering public questions on stage.

Two candidates for Town of Clarkstown Supervisor, George A. Hoehmann and Michael R. Sullivan, were first to take the stage. The two answered questions from the audience which were pre-screened by the League of Women Voters. Questions focused on senior housing, zoning laws, and plans to make Clarkstown a more affordable place to live. Also discussed was the high cost of Clarkstown’s large police force. 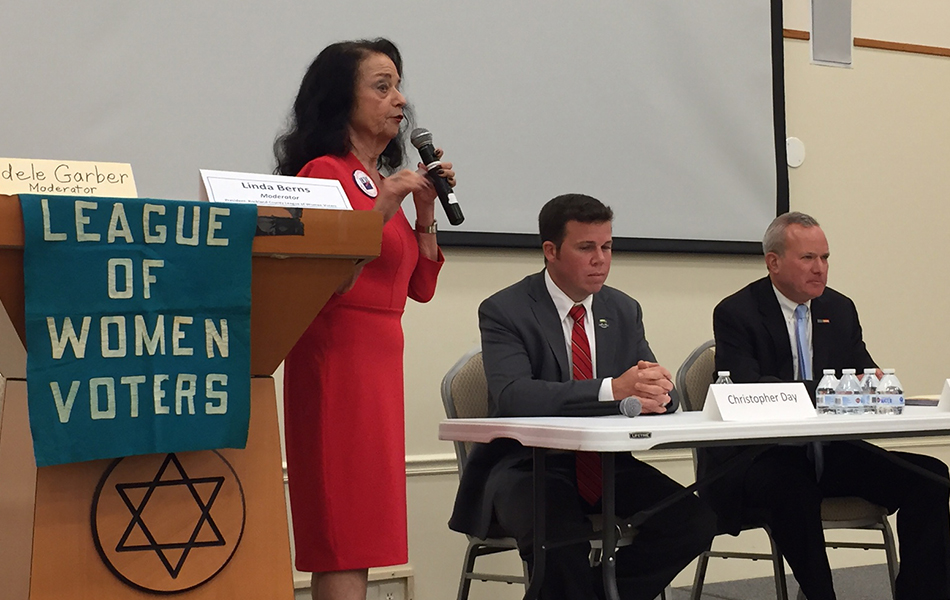 The debate for Town Of Orangetown Supervisor followed, with Christopher Day and Thom Kleiner on stage. Both candidates agreed on the Town’s top two issues: preserving Orangetown’s suburban character and keeping taxes low. The candidates were informed that the day before the Forum, a Jewish family was verbally attacked on their way home from Orangetown Jewish Center. Both Day and Kleiner strongly condemned the anti-Semitic act.

Gary Siepser, CEO of the Jewish Federation & Foundation of Rockland, felt strongly about Federation sponsoring the Forum. According to Siepser, “American democracy and our open and honest political process is one of the great gifts of the United States. It is imperative that all who care about the future of our community and country actively engage in the political process.”

Election Day is Tuesday, November 7 and polls are open from 6 AM to 9 PM. For more information on voting visit www.elections.ny.gov.