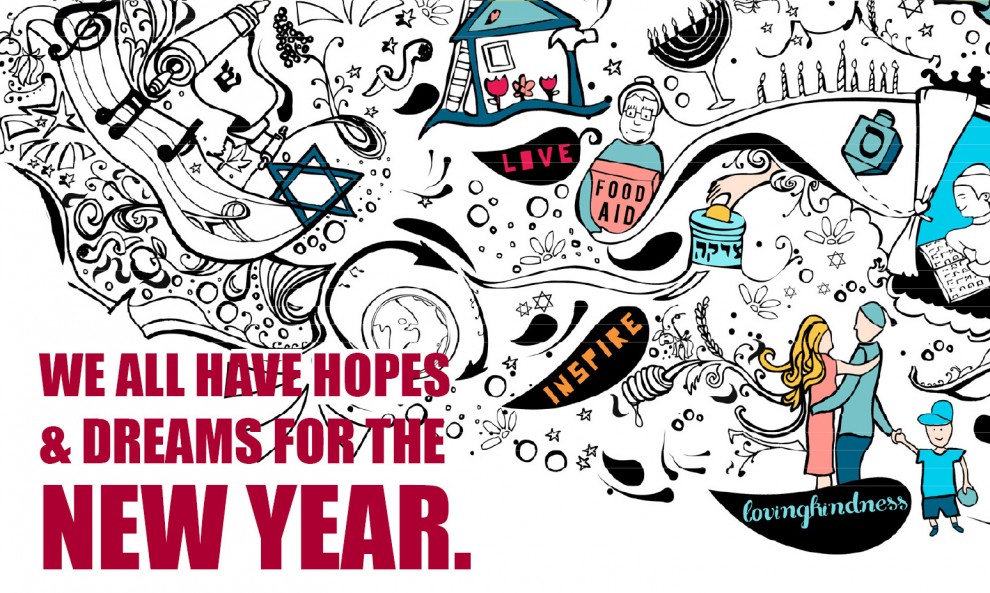 Rosh Hashanah, which literally means "head of the year" is the first day of the Jewish New Year. It marks the celebration of the creation of the world and the human being. I'm happy the holiday is upon us once again as it surrounds me with family and friends and inspires me to dream big for the year ahead. I also use this time each year to "stop and smell the roses" as Rosh Hashanah begins a ten-day period of introspection and contemplation. And what a year we have had!

Around the time that the year 5774 began, the Pew Research Center released a major survey of U.S. Jews, the results of which had many of us concerned. As we worried about those statistics (a rise in Jews who are not religious and are not raising their children Jewish), we were faced with major concerns abroad, including instability in the Ukraine, antisemitism and of course, the recent conflict with Hamas in Israel.

But where there is dark there is also light, and Rockland Federation spent 5774 doing what we could to counter these issues, at home and abroad. We ran many successful programs through our Rockland Jewish Initiative (RJI) and PJ Library that strengthened the bonds between young Rockland families and their Jewish community. Through RJI's New Member Grants and free High Holiday ticket program, we were able to bring a number of new families and individuals through the doors of Rockland synagogues. We also provided much-needed funds to our overseas partners to care for the Ukrainian Jewish community, ensuring their safety in the embattled region and helping many make aliyah to Israel. And when Operation Protective Edge began in July, Rockland Federation undertook major fundraising efforts which allowed us to send over $115,000 in aid to Israel. The money that we raised made many worthwhile programs possible, including relaxing respite trips for tens of thousands of Israelis living under the strain of war.

While it indeed seems as though Federation does so much, we are singular in our purpose. One Jew caring about another is what we're all about. We rescue when there are Jews in need because we are one people, one community. And we strengthen our local Jewish community so Rockland remains a strong, pluralistic and diverse place for years to come.

I hope for the year ahead to be another "year of community" marked by cooperation and collaboration among all Jews, so that together we can make the world a better place. And I invite you to renew your commitment to Federation's work in the New Year! As you begin your ten-day period of contemplation, I hope you will give thought to how you can help Federation build a strong and vibrant Jewish community, in Rockland, Israel and around the world.

Wishing you and your families a healthy, peaceful and joyous New Year.
Diane Sloyer