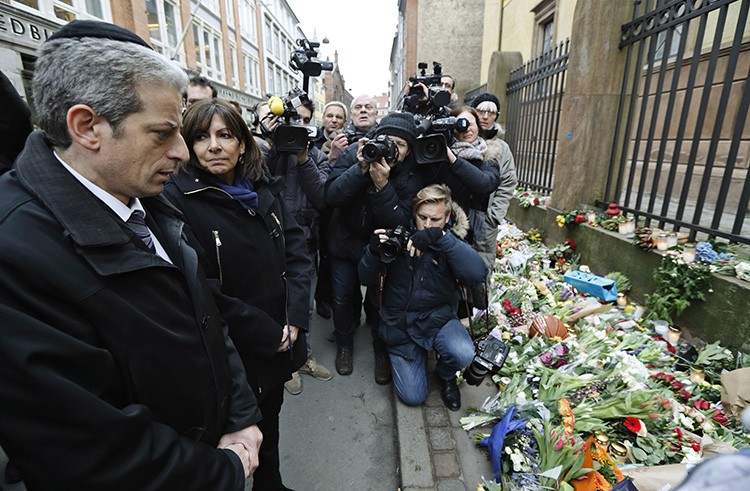 According to a February 2016 JFNA report, many Jews feel that the “Scandinavian spirit” that had protected minorities and civil rights for so long may be weakening. With the influx of anti-Israel immigrants and anti-Zionist ideology into the body politic, Jews in Scandinavian countries are beginning to be concerned for their immediate safety, and their future.

Efforts in each Scandinavian country to strengthen their Jewish presence and resilience have been enhanced through inter-community cooperation and through programs of the Jewish Joint Distribution Committee (JDC) and the Jewish Agency For Israel (JAFI), Federation’s international partners. However, for all of the commonality that Scandinavians share in terms of culture, each country is different and each Jewish community is a separate entity that is responding in different ways to the rising challenges of Jewish life in the north.

While only 8,000 Jews live in Denmark, the community has nonetheless felt protected and welcomed. According to Israel’s Ambassador to Denmark, Barukh Binah, Danish Jews feel “genuinely accepted” in this homogeneous environment. In 1943, Danish Jews were secretly smuggled to Sweden in fishing boats rather than be turned over to the Nazis. Ambassador Binah explained that this action represented a reflection of Danish values: “They were rescued not because they were Jews. They were rescued because they were Danes.”

Following the tragic shooting at Copenhagen’s Great Synagogue on February 15, 2015 – where the Jewish guard Dan Uzan was killed – the country responded in traditional Danish fashion: top government officials as well as Muslim and Christian leaders enveloped their Jewish community in an outpouring of support. Naveed Baig, imam of the Danish Islamic Center, joined with tens of thousands of Danes in a march of solidarity with the Jewish community and said, “The attacks were on every Jew, every Muslim, every Christian and every person. That is what we from the Muslim community came to say.”

According to an October 2015 report by the European Union Agency for Fundamental Rights, there were 53 incidents of anti-Semitism in Denmark in 2014, compared with 44 in 2013.  It is believed that changing demographics have contributed to a rise of a minority that is vibrantly anti-Semitic. Taking precautions to ensure the safety of both Jews and institutions, the community works in close cooperation with the Danish government. In addition, the Security Fund of the Jewish Agency for Israel has contributed $130,000 to enhance protection since 2012.

Before World War II, approximately 2,000 Jews lived in Norway. But in 1940, under Nazi occupation, 750 Jews were deported to Auschwitz and only 25 survived. According to Reuters, in 2015 Norway’s Jewish community remained “one of Europe’s smallest, numbering around 1,000, and the Muslim population, which has been growing steadily, is 150,000 to 200,000.”

Plagued by a growing environment of anti-Israel sentiment and high concentration of Muslim immigrants, the tiny community of Norwegian Jews feels a greater sense of vulnerability. Rising anti-Semitic incidents and vandalism reported in schools, cemeteries, and other Jewish targets have led Norwegian Jews to exercise a much lower profile in their public and personal lives. A need to heighten security at Jewish institutions, which is the responsibility of the Norwegian government, has been enhanced recently by a $25,000 contribution from the JAFI Security Fund.

Some believe that anti-Semitism in Norway is an ingrained element of Norwegian institutional culture. According to the Jerusalem Center for Public Affairs, the anti-Jewish sentiment comes “mainly from the leadership – politicians, organization leaders and church leaders.” In October 2012, the Organization for Security and Cooperation in Europe criticized Norway for an increase in anti-Semitism and blamed officials for failing to address it.

Approximately 1,400 Finnish Jews reside primarily in Helsinki, in one of the northernmost Jewish communities in the world.

The Jewish Community Center of Helsinki houses a Jewish kindergarten and a comprehensive Jewish school serving children in grades one through nine. There is a library and cultural activities, a chevre kadisha and a mikve. In addition, a young JDC Entwine shaliach is based in Helsinki to promote Jewish cultural activities.

While rising anti-Semitism has become a feature across Europe and Scandinavia, Finnish Jews have not felt particularly threatened. However, a number of isolated incidents have raised concern, including the desecration of Jewish cemeteries, swastika daubing and threatening telephone calls. Working in cooperation with the Finnish government to protect Jewish institutions, the community has also benefited from a $160,000 contribution from the Jewish Agency for Israel Security Fund.

Home to the largest Jewish community in Scandinavia, Sweden has provided a safe haven to Jews seeking refuge against discrimination and racism since the 1930s. But with the influx of Muslim immigrants, that reality has begun to change. Not only are Jews feeling threatened, but the refugees, including the newest Syrian arrivals, have become less welcome.

Today’s Jewish population in Sweden is estimated at 20,000, but only about one-third are affiliated. The Jewish Agency for Israel offers activities for Jewish youth from across Scandinavia, with high representation from Sweden, including “Camp Tikva” for 10-15 year-olds and youth exchange Shabbatot programs hosted in Gottenberg and Malmo. Israeli shlichim, who reside in Stockholm on behalf of JAFI, provide youth activities and encourage Aliyah.  In 2015, 36 Swedish Jews made Aliyah, up from 14 in 2014.

This past year has witnessed a heightened anti-Jewish atmosphere across Europe, which is related to the growing number of Muslim immigrants and anti-Israel sentiments. For some Swedish Jews, especially in Malmo, daily life has become uncomfortable, cemeteries desecrated, shops vandalized and Jews harassed. For Jews in Stockholm and Gottenberg, however, Jewish life continues unimpeded for the most part. Lena Posner-Korosi, President of the Council of Jewish Communities in Sweden, states that “with weekly anti-Semitic incidents taking place in Malmo, there is fear among the Jews there every day.”

In Malmo, where police received 137 reports of anti-Semitic crimes last year and most Jews refrain from showing outward signs of Judaism, security remains a very high priority. An allocation of over $353,000 from the JAFI Security Fund since 2012 has allowed for increased guarding of Jewish institutions in Malmo, Stockholm, Gothenburg and Boras.

Your donation to the Jewish Federation of Rockland County keeps Scandinavian Jews safe. Thank you for your support!