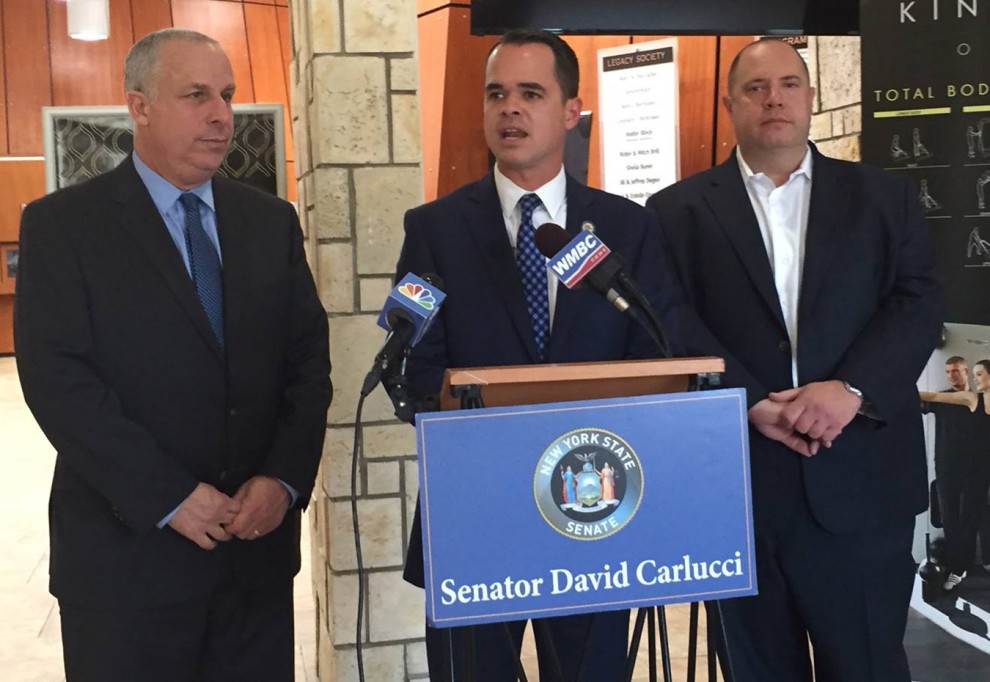 The Jewish Federation & Foundation of Rockland County helped four local organizations secure New York State Homeland Security grants in the amount of $50,000 each. The board approved the use of Federation’s endowment funds for this important endeavor.

For three of the organizations – New City Jewish Center, Yeshiva Gedolah of South Monsey and Yeshiva of Greater Monsey – Rockland Federation funded the work of a grant writer who handled the security grant applications. The fourth organization – JCC Rockland – required a Vulnerability Assessment before applying for the grant, which was also funded by Federation.

The NYS Division of Homeland Security announced the $25 million “Securing Communities Against Hate Crimes” grant program in the fall of 2017. New York State Senator David Carlucci held a press conference in November at the Rockland Jewish Community Campus, to make organizations aware of the program which is aimed at protecting New York’s schools and day care centers from hate crimes.

Once the Vulnerability Assessment was completed, Rivkie Feiner handled the grant application for JCC Rockland. Feiner is CEO of Universal Communications Network, a company specializing in security funding for nonprofits and is also a member of Federation’s Community Relations Council. Says Feiner, “I am thrilled at the partnerships and collaborations that brought these needed security funds to Rockland County. Thank you Jewish Federation of Rockland for covering the costs of the grant writing and Vulnerability Assessment for JCC Rockland. Working together we are stronger and safer.”

Says JCC Rockland CEO David Kirschtel, “I’m extremely grateful for our partnership with Federation. Gary Siepser, Lisa Green and the Board understood the importance of enhanced security for Rockland’s Jewish community and they didn’t hesitate to step in and help.”

Jordan Most, Executive Director of Yeshiva of Greater Monsey, expressed his appreciation to Federation as well. “Had Federation not reached out to us, and had they not arranged to assist us in the application process, we would not have received this most beneficial grant. (We) now have the necessary funds to better secure the perimeter of our building.”

JCC Rockland will utilize the grant funds to install bollards in front of the building, bulletproof window screens on first-floor windows as well as additional security cameras. Similar security upgrades will be made for the preschool at New City Jewish Center. “We will be using our grant money on a P.A. system, more security cameras and bulletproof window screens for the front classrooms” said NCJC Office Manager Monica Damonti. “We are so thankful to Federation for helping us secure the funds for these important security improvements.”