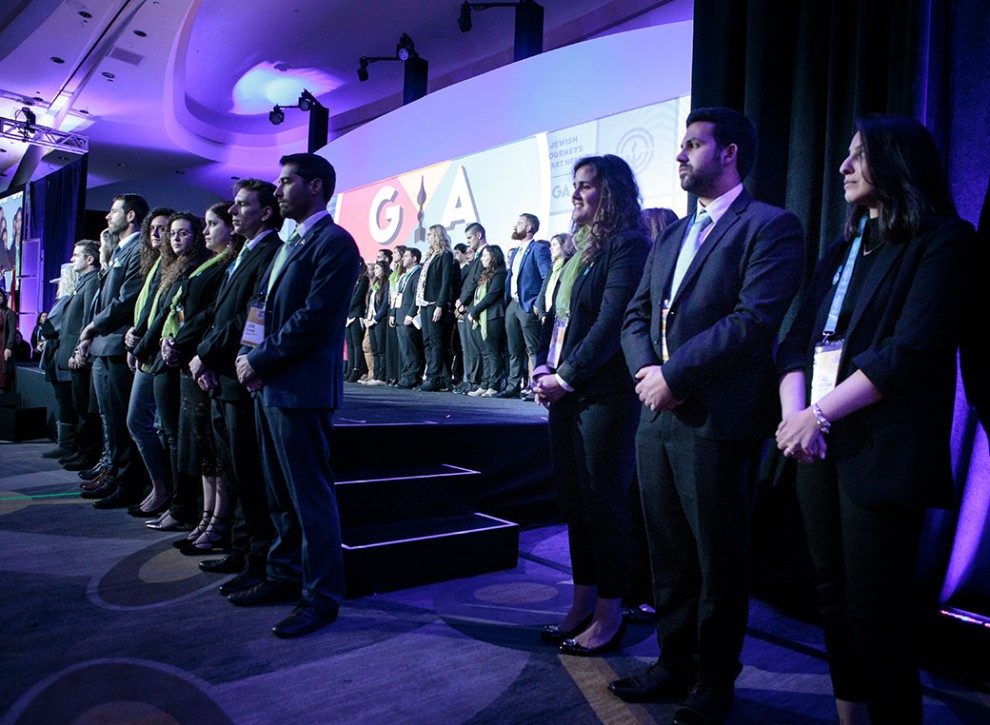 Jewish Federation leaders from across North America, Israel and other countries gathered at the 2017 JFNA General Assembly (GA) in November, to explore and debate issues and in so doing, build a greater sense of community. Why is this so important to these people, the vast majority of whom are volunteers who attend on their own dime, taking time away from busy schedules and families? It’s because the world of Jewish Federation is so much bigger than any one community. And the multitude of challenges the Jewish world faces requires the best minds working together to find innovative paths to the future.

That principle applies right here in Rockland as well. None of us alone can address the myriad of challenges and OPPORTUNITIES of our Jewish community. Federation is all about working together as both individuals and as organizations. Let’s look at a few examples.

In Rockland County there are thousands of Jewish community members who need assistance. This includes Holocaust survivors and others who need help so they can remain independent, live at home and be socially engaged. Federation partner agencies JCC Rockland and Rockland Jewish Family Service are on the front line addressing this, and their work is supported by Federation’s Compelling Needs® grants.

In the former Soviet Union and Eastern Europe, where so many of our families have roots, thousands of elderly Jews are helped through our partners at the American Jewish Joint Distribution Committee (JDC). And finally in Israel, tens of thousands of children live in poverty with not enough food, shelter or opportunities. It is only by working together that these challenges and many more can be addressed.

2017 marks the 100th anniversary of the Balfour Declaration and the beginnings of the legal framework by which the world recognized the right of the Jewish people to have a national homeland. That recognition has been a tenuous thing and never more so than in 2017.  So called respectable newspapers and other media regularly publish editorials denying the Jewish connection to the land of Israel, echoing the anti-Israel propaganda machine of various Arab states. As individuals we can’t win this fight. But as an organized community we have a fighting chance. Earlier this year, your efforts with Federation led to Rockland County refusing to do business with companies that participate in the economic boycott of Israel.

A close cousin of anti-Israel agitation is out and out anti-Semitism. Right here in our own backyard, families walking home from services are threatened with anti-Semitic slurs and epitaphs. Pennies are thrown at Jewish school children. Federation is actively in this fight. Federation recently met with the superintendents of schools from every Rockland district. They asked for our help in training teachers which we will provide through the Holocaust Museum & Center for Tolerance and Education. (Read this “Teaching Tolerance” article for details.) Again, no one individual can address this. Only by working together can there be change.

These few examples illustrate the power you have by being part of Federation. Your support as a donor and as a volunteer makes all of this and so much more possible. Please don’t hesitate to call me at 845-362-4200 to find out how to get more involved. And don’t forget that new Chanukah gifts to Federation’s 2018 Campaign will be matched this year, doubling your impact.