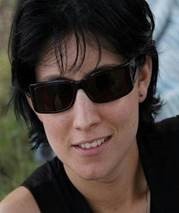 Women’s Philanthropy of the Jewish Federation of Rockland County invites Lion of Judah and Pomegranate Society Women* to a dinner with Major Meital Tzur from the Israel Defense Forces. Meital was in charge of IDF medical supplies during Operation Cast Lead and served as medical corps spokesperson during Operation Protective Edge. She played a key role in the IDF's Nepal earthquake rescue mission as well.

The dinner will be held at the home of Orli Irgang; dietary laws observed.

*For Federation Pomegranates and Lions of Judah giving at the $1,800 and $5,000 levels respectively.