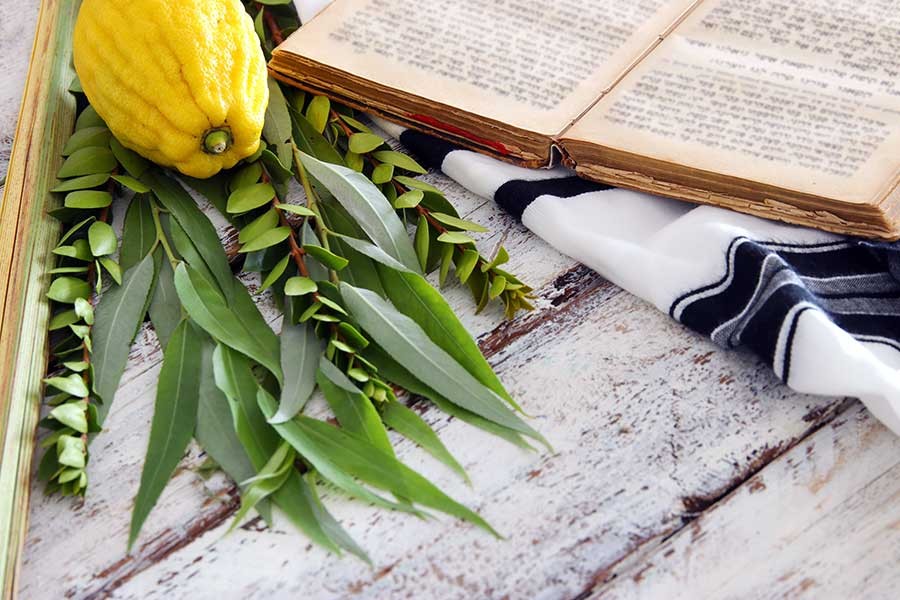 As we prepare to celebrate the wonderful holiday of Sukkot, I am hopeful that those in our community looking for ways to respond to those who arrogate the right to define Zionism - Jewish self-determination in our ancestral homeland - as something evil or illegitimate, will read this message and be better prepared to respond.

Sukkot is an agricultural holiday. In fact, one of its names is Chag Ha’Asif, the holiday of the harvest. Where is it harvest time, and has been since the holiday was first celebrated there 3000 years ago? In Israel, of course, and specifically the ancient sovereign land of Judea.

We are Jews. A simple statement. But it is a loaded word. How? Jews are from Judea. Literally, our very name comes from the name of our ancestral homeland. Jews are indigenous to Judea.

What makes our people indigenous to this particular location? Evidence. Here are a few examples.

Archaeology - The earliest traces of Jewish habitation and sovereignty are more than 3000 years old. Jerusalem, Megiddo, Hazor, Qumran, Masada, these are the well known places, but there are hundreds if not thousands more. The Jewish presence in the land has been continuous, even during the crusades when much of the Jewish population was killed.

Genetics - In 2012, the  US National Institute of Health published a study which confirmed what many genetic researchers had already known. The closest genetic relative groups to most Jews were Israeli Bedouin, Druze and other Arab populations in Israel and Lebanon. Jews - even after 2000 years of exile -  are indigenous to Israel.

Language - Ancient and modern Hebrew have their antecedents in proto-Hebraic and Phoenician script. The presence of written materials dating as far back as the first Temple period indicates commercial usage and ritual culture specific to the Jewish people in Israel.

Culture - A calendar replete with holidays like Sukkot tied directly to the annual growing cycle in Israel has been maintained for three millenia. We still use it today. Our biblical and post-biblical literature is also full of geographic, geopolitical and ritual descriptions commensurate with a sovereign (or conquered, but still present) Jewish habitation throughout the last 3000 years.

Sukkot, with its huts much more attuned to Eastern Mediterranean climes than Hudson Valley rains, its collection of the Arba Minim, plants and fruits native to Israel, and its prayer for sustaining rains on Shemini Atzeret, is a holiday shouting our cultural memory and connection to our land from every street and rooftop.

The Jewish Federation and Foundation of Rockland County is a proudly Zionist organization. Our Jewish identity is entirely wrapped up in the concept that the Jewish people have a sovereign right to self determination on our ancestral land. When that fact is challenged, on campus, in the media, at work, or in conversation, it’s not simply criticism of Israeli policy (which can be entirely legitimate). No. It is an invalidation of your identity, an arrogation of the right to define ourselves by those who have no such right. In effect, that arrogation is an assault on the fabric of Jewish peoplehood, and that crosses a line into antisemitism, or Jew hatred.

In the coming weeks, the Federation will be introducing an initiative that will provide participants with the facts and the tactics to counter this scourge. On a regular basis, we will meet to share effective tools and essential knowledge. The initiative will take advantage of more than two decades of experience among our staff in providing effective training and support to advocates for Israel and the Jewish people.

Your Jewish Federation is committed to our local Jewish community here in Rockland, and to our brothers and sisters in Israel and around the world. That’s why we support food security and helping troubled youth in Israel. That’s why we are raising funds for hurricane relief with our partner Federations in Florida. That’s why we exceeded expectations helping Jews in Ukraine and Poland. And that’s why we want to provide our community with the tools and knowledge it needs to effectively and proudly assert our Jewish identity.

To help us do all of this, we need your support for our annual campaign. Make your campaign donation today.